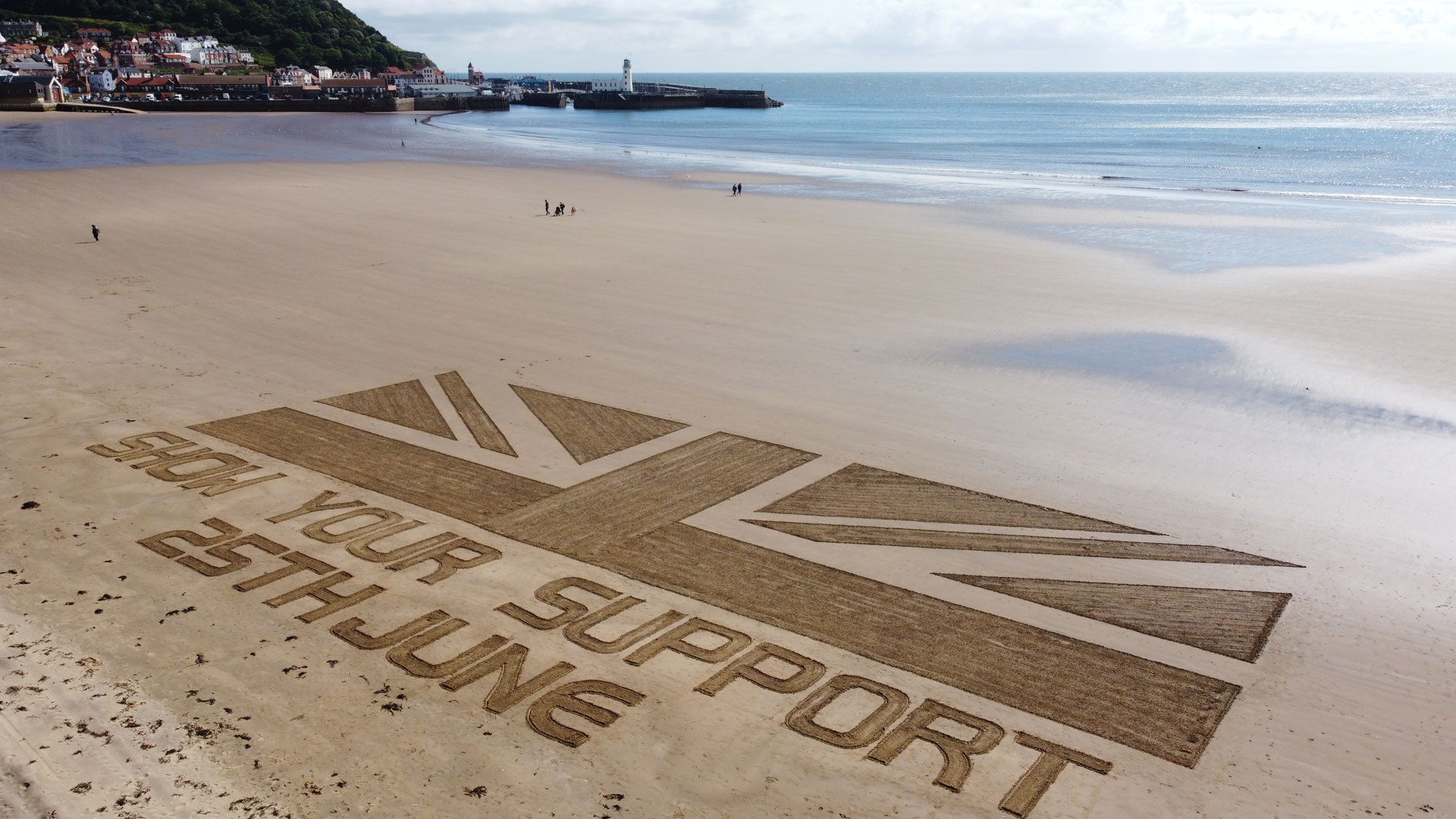 There will be a whole host of fantastic events and surprises next week across the borough in the lead up to the Armed Forces Day national event on Saturday 25 June.

Scarborough-based Animated Objects Theatre Company has been working with communities across the borough to create a range of different artworks for display as the big day approaches.

The community outreach programme will begin with three children’s parades – with hundreds of local youngsters taking part – representing the history of the different Armed Forces over the span of hundreds of years – including plenty of handmade parade pieces specific to our region:

The parade of more than 150 school children will start at 9.45am in Pannett Park and heading down through town to Dock End for the flag raising ceremony just after 10am.

Watch out for army patrol vehicles inspired by the Yorkshire Regiment, dazzle warships and a special series of pieces in remembrance of the First World War.

The children’s parade will start on the beach at 1.30pm.

You’ll see a small fleet of historic tall ships inspired by the likes of HMS Tricomalee at the Royal Navy Museum in Hartlepool, army vehicles and Royal Air Force biplanes.

Around 300 children will begin the parade on the South Bay beach heading from West Pier to the Spa from 10am.

Look out for pieces inspired by the Battle of Britain Memorial Flight; army medical vehicles, Dunkirk small boats, the ‘Remember Scarborough’ tram and a War Horse.

Hundreds of children from local schools have been involved in making wonderful pieces for the parades and you can see their work in all its glory as they make their way in each town.

It will truly be a visual spectacle to remember.

Members of local communities have also been involved in the creation of a large scale sculpture trail that will be on display around Scarborough during the national event on Saturday 25 June.

Some of these pieces will be in place from the beginning of the week, including The Young Peacekeeper at Tesco, ‘Stories of Remembrance’ at Woodend and the model Avro Lancaster upstairs at Scarborough Market Hall.

There will also be a series of short films available to view online on this website, and a special soundscape that you can listen to on your mobile device using the free Echoes interactive walks app during the week of the national event.

Lee Threadgold, artistic director at Animated Objects, said: “It’s fantastic to finally get to the point where we can share the work of all of the young people and members of our wider community with visitors at the national event as the culmination of the outreach activities.

“We’ve had over a thousand people from across the borough involved in making pieces for the three children’s parades and the sculpture trails; in addition to the veterans and organisations who kindly took part in the making of the short films and soundscapes. It’s been great to work with every one of them

“The enthusiasm of everyone involved has been a real inspiration, and just goes to show the support for Armed Forces Day in our region.

“We’d like to say a huge thank you to everyone who has been part of the community outreach activities, and we hope you enjoy seeing their work on display around the town.”

The community outreach programme has been led by Animated Objects, commissioned by Scarborough Borough Council as part of the Armed Forces Day national event.