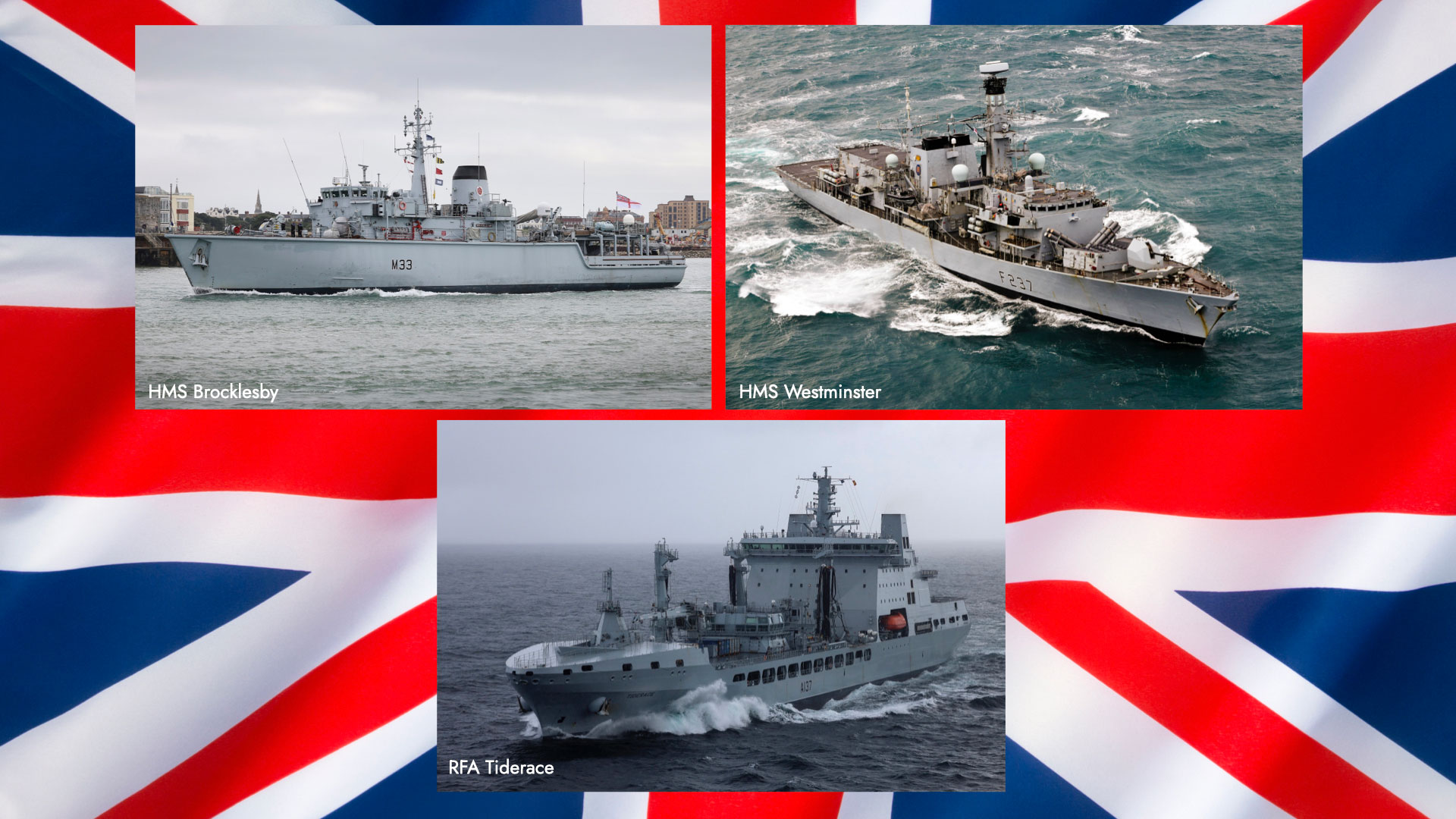 The Royal Navy has confirmed that three of its ships will feature in this year’s Armed Forces Day celebrations in Scarborough.

HMS Brocklesby will be the first to be visible off South Bay on Monday morning (20 June) when she takes part in the official flag raising ceremony.

Brocklesby is a Mine Counter Measures Vessel (MCMV) and her primary purpose is to seek out and neutralise enemy mines.

The vessel uses Sonar technology and a combination of highly trained mine clearance divers and the Seafox unmanned underwater vehicle.

Brocklesby’s glass-reinforced plastic hull – one of the largest of its kind – helps protect her from mines.

In addition to her mine counter-measures activities, HMS Brocklesby has a secondary role as an offshore patrol vessel, undertaking coastal duties around the UK and abroad.

On Monday she will carry the Armed Forces Day flag which will be brought ashore and taken to town hall for the formal flag raising ceremony.

Two other ships will be in position in South Bay in time for the Armed Forces Day national event on Saturday 25 June.

Weighing in at 4,900 tonnes and with a top speed of 28 knots, Westminster was originally designed for anti-submarine warfare but her versatility has seen her used in a number of fleet roles.

In 2014 she underwent an extensive refit which resulted in a new principal weapon: Sea Ceptor surface-to-air missiles.

With twice the range of the old missile system, Sea Ceptor makes HMS Westminster better equipped than ever to face the challenges of 21st-century warfare.

Her most recent mission saw her patrolling as far north as the Arctic Circle for five months at the end of 2021.

RFA Tiderace is part of the Royal Fleet Auxiliary which provides logistical support to the Royal Navy.

She’s a tanker, carries 19,000 cubic metres of fuel but has a secondary role transporting other supplies and armed forces personnel such as Royal Marine Commandos.

Tiderace sometimes patrols shipping lanes and has been used in humanitarian aid operations.

The ship includes a helicopter landing pad which can support a Chinook which makes her more versatile and useful than just a pure tanker.

All images are © MOD and Crown Copyright